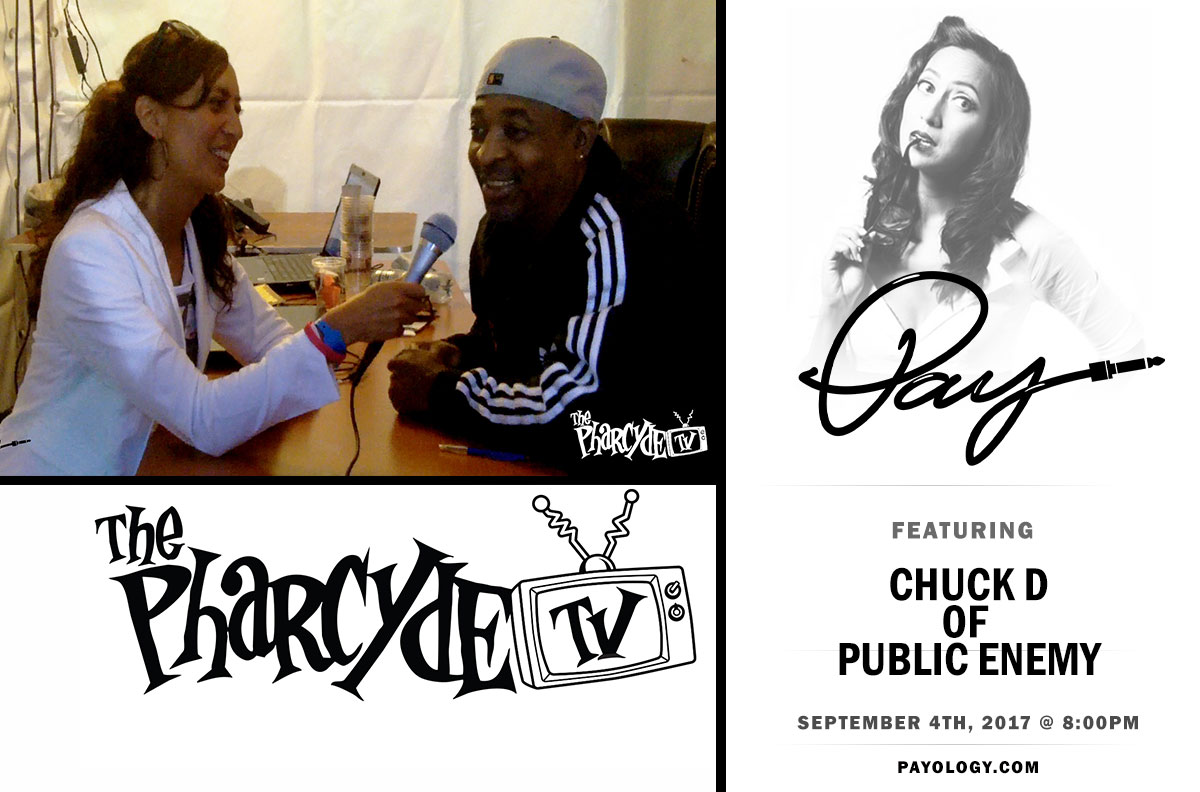 I have talked a few times to Chuck D, one of Public Enemy’s frontmen. The Hip Hop group, that started a movement with political awareness in their raps in the 80′s, stays relevant in today’s turmoil with songs addressing the same type of injustice right now, as when they first came out. As always its a pleasure to talk to Chuck, especially when it comes to him sharing his knowledge. He talks about his current movement and tells us that the difference between him and most artists out there today, is Freedom & Independence. Watch as Chuck tells us about the bigger picture. Catch it all right here tonight at 8PM on PharcydeTV.