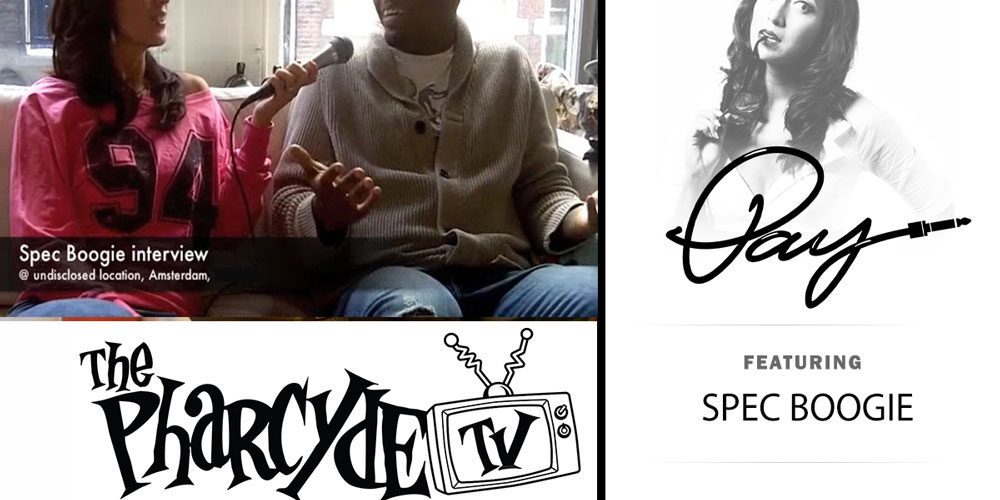 This is Part 1 of a two part interview..

Introducing Spec Boogie. You may have come across his name already. At the moment of the interview, the rapper from Bed Stuy, New York was working on some projects in Europe and had been based in Amsterdam for a while. Pay sat down with him to get to know him better. Despite the fact he is known for being a quiet person (his own words), he definitely was very talkative during the interview, going on a few ramblings from time to time as well. Because of this, Pay cut the interview in two parts. In this first part, the MC talks about how he started rapping, his creative process towards his debut album Introspective and he tells us how the idea of Specflix came about. Tune into Pharcyde TV tonight at 8 pm to watch Payology..