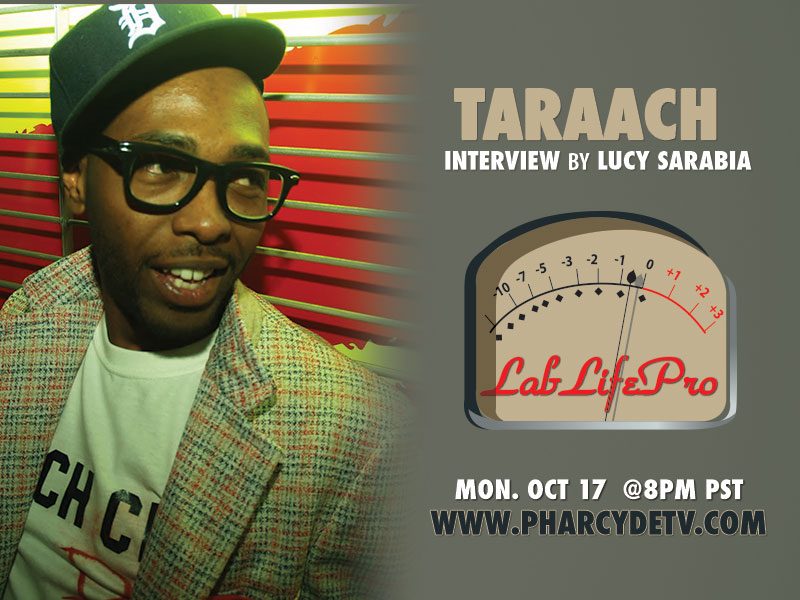 Tonight on PharcydeTV.com at 8pm (PST) Catch our in House DJ/Producer Ta’Raach
A veteran MC and beatsmith of Detroit’s hip-hop underground, Ta’Raach (aka Lacks) put in a lot of work over the course of the ’90s and early 2000s, producing and performing on countless tracks that have become rare niceties because of industry politics in his hometown.

Although he was born in Erie, PA, Ta’Raach (real name Terrell McMathis) grew up on Detroit’s west side together with neo-soul singer Dwele and fellow MC Big Tone.
Look for more info on LabLifePro.com