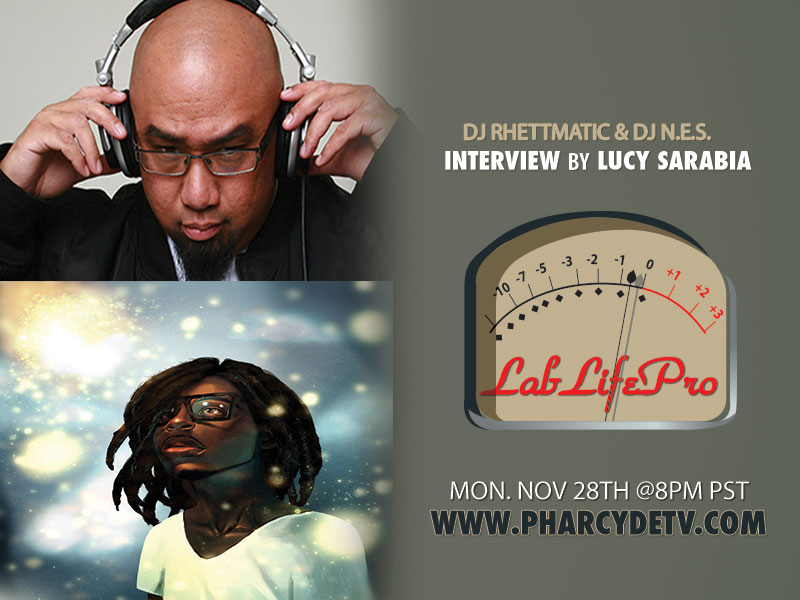 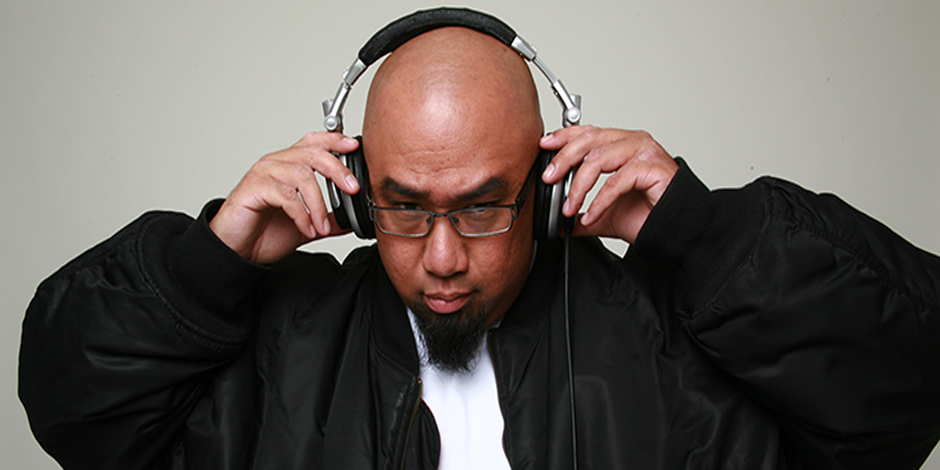 A major force behind the creation of Southern California’s first turntable band, the Beat Junkies, is a multi-faceted musician known to the world as DJ Rhettmatic. Born Nazareth Nirza, his artistic contributions to the music industry have placed him, along with his fellow members of the Beat Junkie crew, at the top of the DJ universe. Possessing unstoppable visions of excelling in this art form, Rhettmatic unites music enthusiasts around the world by sharing his unparalleled skills and talent. His personal discography of musical achievements presents a host of successful accomplishments, and by applying his creativity and dedication, his record of ingenious masterworks will continue to grow.

Rhettmatic began his DJ career in 1983, with Double Platinum, a DJ group based out of Cerritos, CA. As one of the original members of the Beat Junkie crew, he played a major role in introducing Southern California’s first turntable band to global audiences. Rhettmatic’s unique style encompasses the many elements of a multifaceted Hip Hop DJ. As an accomplished scratch musician, as well as an explosive party/club DJ, Rhettmatic demonstrates his versatility by using the turntable as his musical instrument. His talent and musical expertise also extends into the realm of producing beats that helped him earn recognition and rewards well deserved. Citing a number of distinguished influences, Rhettmatic credits those individuals that greatly impacted the Hip Hop/DJ culture as honorable talent who helped shape his musical style. Inspiration derives from a spectrum of legends, including Grandmaster Flash, Jazzy Jeff, Joe Cooley, the now defunct Invisibl Skratch Piklz, and the X-ecutioners. Rhettmatic highly acknowledges fellow Beat Junkie member, DJ Curse, as his leading mentor. As Curse shared his turntable exhibition, involving scratches and other DJ techniques, Rhettmatic’s interest in the DJ art form leaped, allowing him to take hold of his musical passion and succeed. Viewing a live performance of “Rock It” by Herbie Hancock featuring Grandmixer DST on Saturday Night Live also serves as a major driving factor in motivating Rhettmatic to set his place in music history. Rhettmatic not only applies the skills and techniques of his DJ influences to his individual compositions. He also dives into a pool of other musical genres, which feed him valuable sources of motivation. His collection of Soul and old school R&B, including James Brown and Prince, exemplify Rhettmatic’s draw towards funky grooves. Jazz supremes such as John Coltrane and Bob James, as well as masterful Rock composers, including The Beatles and Steely Dan, also enrich his musical style and creative arrangements. Rhettmatic also helped founded and is the Dj/Producer for the LA based Underground Hip Hop Super Group, the Visionaries in 1994.

Rhettmatic seized numerous triumphs both as a musical performer and as a creative genius. He claimed the titles of Disco Mixing Club (DMC) West Coast Champion (1996) & International Turntablist Federation (ITF) 2x Team World Champion (1997/1998)….Rhettmatic’s innovations produce a boundless list of prized accomplishments. He has worked with almost everyone in the Hip Hop community, with the likes of Peanut Butter Wolf, Talib Kweli, Madlib, Cypress Hill, Dj Premier, Mayer Hawthorne & musical genius Adrian Younge. His musical masterpieces include “E=MC5” by Key Kool & Rhettmatic featuring Ras Kass, LMNO, Voodoo, and Meen Green, & “From The Ground Up” b/w “Ubiquity” by The Associates featuring LMNO & Key Kool of the Visionaries, Rakaa Iriscience & Evidence of Dilated Peoples, and Divine Styler. In Dec. 05, Rhettmatic had the honor of being the late great J Dilla’s tour show DJ in Europe, for his last tour ever, along with fellow Detroiters, Frank N Dank & Phat Kat. Rhettmatic has also worked with & done production & scratches for Talib Kweli, OhNo, M.E.D., & Aloe Blacc (Stones Throw), Prince Po (Organized Konfusion), RBX (The Dogg Pound), Noelle Scaggs of Fitz & The Tantrums, & the up and coming New York Hip Hop Supergroup, The Brown Bag Allstars, as well as made mixtapes & podcast mixes for Ghostface Killah, Guilty Simpson, and Stones Throw Records. His current projects that he has put out in the past few years are the Crown Royale album with Michigan’s wordsmith – Buff1, a Dj/ Percussionist show/mixtape project with the one & only Eric Bobo of the mighty Cypress Hill, & a joint project with the legendary Cali MC, Ras Kass called “A.D.I.D.A.S.”. He is currently working on a producers’ album with J-Rawls of the Lone Catalysts, which will combine both their talents as producers and will featured guests like Trek Life, and Supastition.

As with each passing year, not does only his skill and reputation as a Dj grows, but Rhettmatic’s reputation as an up and coming producer and his passion for musical knowledge and musicianship tends to grow as well. With all these components, hopefully one day Rhettmatic will be acknowledge along with the greats in Hip Hop music history. 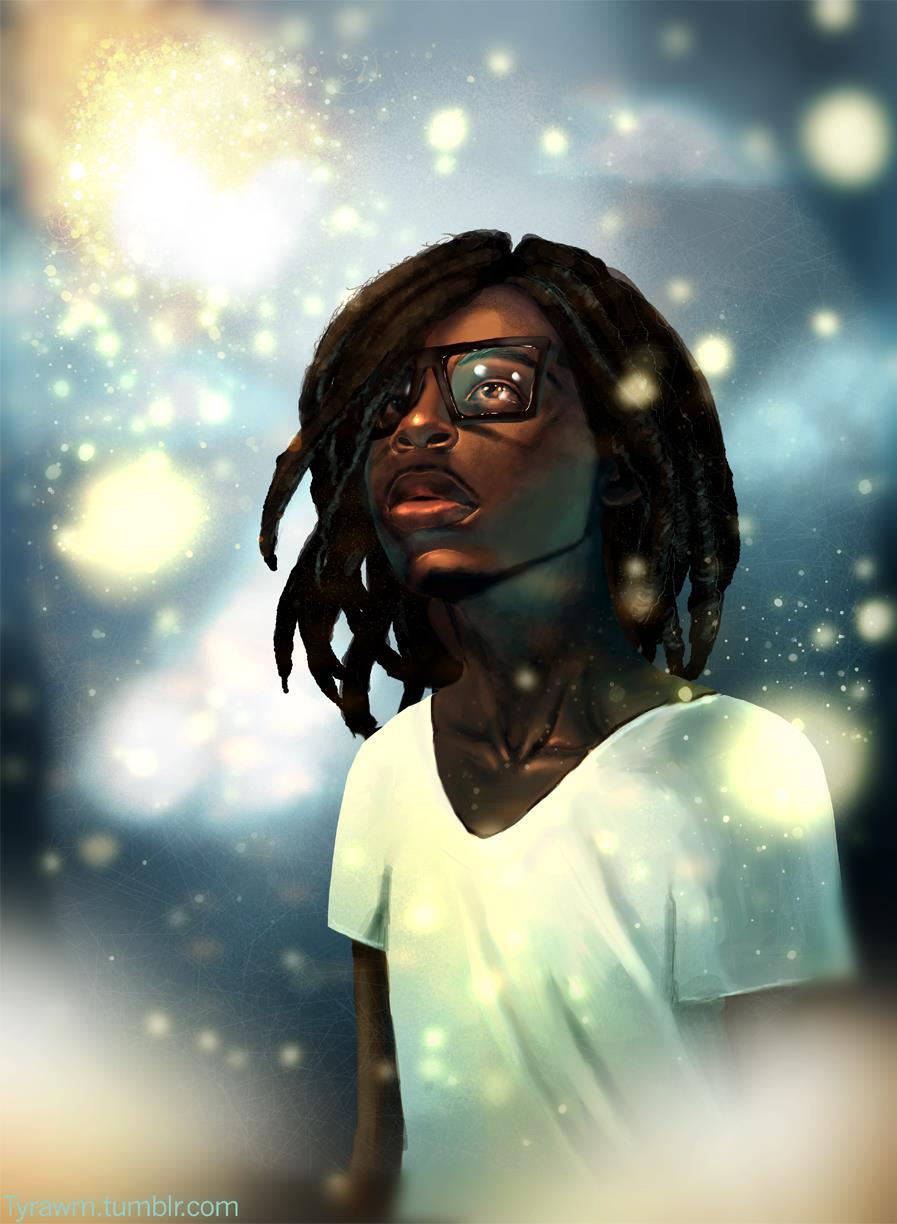 Dennis Preston Jr. is an American record producer and audio engineer. He has composed in the motion graphics and recording industry for several years under the moniker, D. Scorch’d. In 2006, Dennis became a member of The Bakery Productions; a team that contributed to the #1 single, “Pop, Lock, and Drop It”, by rapper, Huey. He later signed a joint-venture deal as an in-house producer for the Grammy award winning music production team, The Trak Starz.

In 2009, Dennis began a solo career. His audio engineering work and musical compositions can be heard on a variety of media outlets including ESPN, Spike TV, NBA.com, and FX Networks. In 2011, Dennis partnered with the Emmy nominated producers from the hit show, It’s Always Sunny in Philadelphia, for the creation of the animated series, Unsupervised.

Since 2012, Dennis has released music using the name, DJsNeverEndingStory. Dennis’ debut album The Harmony Epoch was released February 10, 2015. It reached #1 on the iTunes and Google Play New Age charts within 48 hours of its release. The following week, the album debuted at #9 on Billboard’s Top New Age Albums chart. The Harmony Epoch contains ambient compositions with binaural beats and isochronic tones typically used in brainwave entrainment music. His recent work with spoken word artist and frequent collaborator, Prince Ea, has garnered the attention of millions with videos such as Why I Think This World Should End, Can We Auto-Correct Humanity? and more.